Monday, 02 April 2012:  China reported positive news on their industrial production over the past weekend, which should give some positive support for global markets and commodities. The current Crude oil price of $105 is about $30 more than its 5 year futures, which indicates that crude oil prices can come down if favorable political events take place to reduce middle-east geo-political tensions, but the chances of such positive events is slim, so we will have to work with constant upward movement in crude oil prices till some event creates genuine risk to crude oil prices.

As of now, a significant amount of risk capital has moved into crude oil, because global economic growth scenario looks more likely than global recession. Meanwhile, Natural Gas prices have been hitting 8 year lows, and huge price variations from $2 per mmbtu in USA to $8 per mmbtu in India/Asia because it is not mobile like crude oil. END_OF_DOCUMENT_TOKEN_TO_BE_REPLACED

A consortium led by Indian group ONGC has bid for a stake in Novatek’s liquefied natural gas project in the Russian Arctic, a Novatek spokesman told Reuters on Monday: “We received a bid from a consortium of ONGC, Petronet and GAIL for a stake in Yamal LNG,”.

Indian newspaper The Hindustan Times reported the consortium was willing to commit as much as USD 3.4 billion for a 15% stake. The French energy company Total has already acquired 20% of the project.

Energy market analysts say participation of Indian companies in the project was a positive development for Novatek, Russia’s second-largest natural gas producer and which could get access to the LNG market in India through a deal.

“India could see LNG demand rise to 50 million tonnes by 2020 (Wood Mackenzie estimates), while direct access to the market could allow for the employment of swap schemes with the traditional suppliers of LNG to Asia,” Alfa Bank said in a note. Yamal LNG was slated to start production of up to 16 million tonnes of frozen gas a year in 2015-17.

It is to be informed that recently certain issues relating to NTPC’s gas supply contract with RIL (Reliance Industries Ltd) have been raised in the media. In this connection, NTPC would like to inform you the following:

1. NTPC is a customer-focused power utility and it very well understands the impact of fuel price in the overall cost of electricity and always makes efforts to source fuel at competitive price. NTPC had planned to add 2600 MW capacity at its existing gas power plants at Kawas and Gandhar during the 10th Plan (2002-2007). As per NTPC’s investment policy, approval of the Board is accorded when availability of fuel is ensured for the life of the plant. Accordingly, NTPC invited International Competitive Bids (ICB) through RFQ and RFP process for sourcing RLNG / Natural Gas in the year 2002. END_OF_DOCUMENT_TOKEN_TO_BE_REPLACED 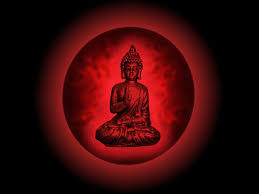